What is matter according to particle physics and why try to observe its creation in lab^ https://arxiv.org/abs/2103.02642
Francesco Vissani
The standard model of elementary interactions has long qualified as a theory of matter, in which the postulated conservation laws (one baryonic and three leptonic) acquire theoretical meaning. However, recent observations of lepton number violations -- neutrino oscillations -- demonstrate its incompleteness. We discuss why these considerations suggest the correctness of Ettore Majorana's ideas on the nature of neutrino mass, and add further interest to the search for an ultra-rare nuclear process in which two particles of matter (electrons) are created, commonly called neutrinoless double beta decay. The approach of the discussion is mainly historical and its character is introductory. Some technical considerations, which highlight the usefulness of Majorana's representation of gamma matrices, are presented in the appendix.
Comments: 24 pages, 1 figure, 4 tables. Accepted for publication in Universe

Relativistic particle incoherent scattering by the nuclei of crystal plane atoms: https://arxiv.org/abs/2103.03141
Victor V. Tikhomirov
A consistent theory, which describes the incoherent scattering of classically moving relativistic particles by the nuclei of crystal planes without any phenomenological parameter is presented. The basic notions of quantum mechanics are applied to introduce a fundamental compact formula for the mean square incoherent scattering angle per unit length of particle trajectory. The latter is used to implement the effects of the crystal atom distribution inhomogeneity into the Coulomb scattering simulations without noticeable elongation of the simulation time. The theory essentially reconsiders the nature of positively charged particle dechanneling from the low nuclear density regions, being essential in both the crystal undulators and envisaged measurements of the specific electromagnetic momenta of short living particles.

An Introduction to Fluid Dynamics and Numerical Solution of Shock Tube Problem by Using Roe Solver: https://arxiv.org/abs/2103.02794
Soumen Roy
The study of fluids has been a topic of intense research for several hundred years. Over the years, this has further increased due to improved computational facility, which makes it easy to numerically simulate the fluid dynamics, which was beyond the analytical reach before. In this project, we discuss the general transport theorem for moving control volume system, apply this theory to control mass system which gives the continuity equation, and on momentum conservation from which we get the Navier-Stokes equation and energy conservation. By approximating the three equations for the ideal gas flow, we get one dimensional Euler equation. These equations are non-linear, and their analytic solutions are highly non-trivial. We will use Riemann solvers to get the exact solution numerically. In this project, we have considered only the Sod's Shock Tube problem. Finally, we focus on the exact and approximate solution of density, pressure, velocity, entropy, and Mach number using Python code. An x-ray scattering technique reveals how egg whites gel on a range of length and timescales. 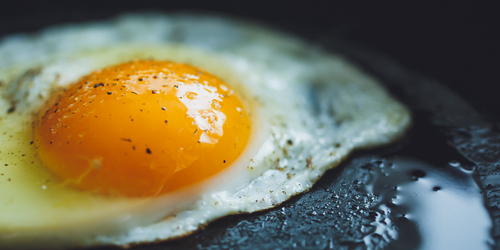 When the white of an egg cooks, the protein molecules it contains unfold and link together, forming a network that turns the viscous goop into a solidified gel. Now, Nafisa Begam of the University of Tübingen, Germany, and colleagues have experimentally constructed a detailed picture of how the proteins form this structure [1]. Understanding how an egg white transforms in the presence of heat is of interest to the food industry—because of the food’s many uses in cooking and baking—as well as to researchers studying the behaviors of colloidal gels and proteins.

Researchers have studied egg white gelation at molecular scales to see how individual proteins unfold and link to their neighbors. But a full understanding of the gelation process requires observing the substance on larger, micrometer scales—something that was not possible with past methods. In their experiments, Begam and colleagues extracted the white from a store-bought chicken egg and then heated it on a lab heating stage. They probed the white using x-ray photon correlation spectroscopy along with ultrasmall-angle x-ray scattering techniques that allowed them to watch the gelation happen at the micrometer scale of the resulting network’s mesh size.

The team found that the network formed in the white within a couple of minutes of the heat being applied; after that, no further structure developed. Meanwhile, the gel’s dynamics showed two clear regimes: The relaxation time—the time it takes parts of the network to reach some “relaxed” state after experiencing stresses during network formation—first grew exponentially and then settled to a near-constant value. The team says that the x-ray scattering techniques they used may be applied to uncover the dynamics of other soft systems over a range of length scales.