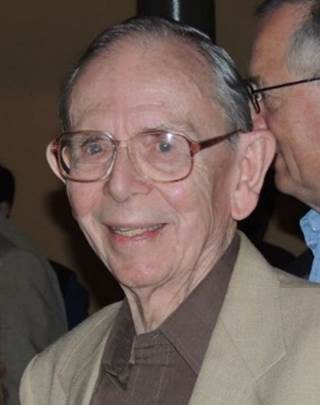 Have just heard that Mark Robinson (Oak Ridge) passed away on 30th September 2020.
Mark Robinson, a retired ORNL researcher who was a co-discoverer of the ion channeling phenomenon, died September 30 in Oak Ridge. Robinson's work with David K. Holmes and Ordean Oen, using computer simulations, led to the discovery of channeling in 1962 by demonstrating how an atom of copper could travel through rows of atoms in a crystal lattice. It was one of the first major discoveries using computational simulations. His work led to the Marlowe simulation program and made many important contributions in the field of ion-solid interactions. Channelling is still recognized as one of the top 75 breakthroughs made by America’s National Laboratories - https://www.energy.gov/downloads/75-breakthroughs-americas-national-laboratories
More information about Mark can be found on the website from the Festchrift held for him in 2013 https://www.uknibc.co.uk/REM6/Festschrift.html

Our sympathies are with his families and friends.

Space-Time Computation and Visualization of the Electromagnetic Fields and Potentials Generated from Moving Point Charges: https://arxiv.org/abs/2010.01558
Matthew Filipovich, Stephen Hughes
We present a computational method to directly calculate and visualize the directional components of the Coulomb, radiation, and total electromagnetic fields, as well as the scalar and vector potentials, generated from moving point charges in arbitrary motion with varying speeds. We explicitly calculate the retarded time of the point charge along a discretized grid which is then used to determine the fields and potentials. Our computational approach, implemented in Python, provides an intuitive understanding of the electromagnetic waves generated from moving point charges and can be used in conjunction with grid-based numerical modeling methods to solve real-world computational electromagnetics problems. The method can also be used to help students visualize problems related to moving potentials, which are often only treated analytically for very simple problems, and can be used to compute electromagnetic sources for non-trivial electron beams with other approaches in computational electromagnetics.
Comments: 8 pages, 13 figures